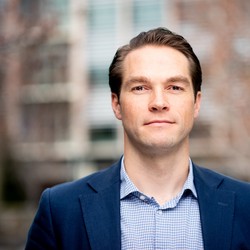 I am an Assistant Professor of Business Administration at the Haas School of Business at the University of California Berkeley. In my research I examine the networks of relationships that people and organizations are embedded in and how these relationships shift behaviors. Most of my current research examines network effects and social influence processes in contexts of health care and science.

Gender in the Market for Expertise

Stratification in professional careers arises in part from interpersonal dynamics in client-expert dyads. To reduce perceived uncertainty in judgements of the quality of experts, clients may rely on ascriptive characteristics of experts and on pairwise, relational factors to assess the advice they receive. Two such characteristics, the gender of the expert and client-expert gender concordance, may lead to differences in clients’ trust in expert advice. To explore these issues, we investigate the incidence of patient-initiated second opinions (SOs) in medicine. In an examination of millions of medical claims in Massachusetts, we find that male patients are much more likely than female patients to obtain an SO if the first specialist they consult is female. Moreover, when the first specialist a patient consults is gender non-concordant and the patient seeks an SO, male patients are substantially more likely to switch to a same-gender specialist in the SO visit. Because patients that lack confidence in the advice of the first-seen specialist infrequently return to this specialist for medical services, female specialists generate lower billings. Analyses of medical spending in followup visits suggest that gendered patterns in questioning the advice of medical experts has the potential to contribute substantially to the gender pay gap in medicine.

Previous studies have found little or no systematic differences in the rates at which female and male scientists are awarded funding in international grant competitions. However, past investigations have only studied outcomes, not the preceding scoring and selection process. We propose that common grant review practices–such as panel deliberations, score binning, and interview assessments–allow unequal evaluations to be corrected while staying within a framework of merit-based review. We analyzed unique data from a large funding competition, the Netherlands’ Organization for Scientific Research's Talent Program, including reviewer and panel evaluation scores of both funded and unfunded proposals. We replicate prior research demonstrating gender equity in funding outcomes. At the same time, we find that men received higher evaluation scores, consistent with our argument. This gender difference is counteracted by panels funding women with lower scores than men's, redistributing 64 million euro back to women that would otherwise have gone to men. Our study thus reveals that female scientists are more poorly evaluated than their male counterparts in spite of what equality in outcome statistics might suggest.

Social Learning in the COVID-19 Pandemic: Community Establishments' Closure Decisions Follow Those of Nearby Chain Establishments

The foundation of the scientific method rests on access to data and yet such access is often restricted or costly. We investigate how improved data access shifts the quantity, quality, and the diversity of scientific research. We examine the impact of reductions in cost and sharing restrictions for satellite imagery data from NASA's Landsat program (the longest record of remote-sensing observations of the earth) on academic science using a sample of about 24,000 Landsat publications by over 34,000 authors matched to almost 3,000 unique study locations. Analyses show that improved access had a substantial and positive effect on the quantity and quality of Landsat-enabled science. Improved data access also democratizes science by disproportionately helping scientists from the developing world and lower-ranked institutions to publish using Landsat data. This democratization in turn increases the geographic and topical diversity of Landsat-enabled research. Scientists who start using Landsat data after access is improved tend to focus on previously understudied regions close to their home location and introduce novel research topics. These findings suggest that policies that improve access to valuable scientific data may promote scientific progress, reduce inequality among scientists and increase the diversity of scientific research.

Micro-structural foundations of network inequality: Evidence from a field experiment in professional networking

Sociological accounts of network inequality typically rely on the logic of preferential attachment, holding that individuals in a social network prefer to form ties with central rather than peripheral actors. We develop an alternative explanation for the growth of network inequality that does not require actors to have knowledge about the social position of others or to hold explicit preferences for partners based on such knowledge. Instead, we theorize that central actors benefit from being exposed to more opportunities for triadic closure, which confounds a quality- or popularity-based signal that their greater connectedness might also send. We test this prediction an observational study and a field experiment across multiple professional conferences. In the field experiment, we test whether network centrality is predictive of tie formation if the benefits that central actors receive through their disproportional exposure to second-order network neighbors are randomly suppressed. The findings demonstrate that for the same level of exposure to opportunities for triadic closure, central actors and less central actors are equally likely to be selected as network partners. We discuss how the proposed mechanism may be used to rectify social capital disadvantages among disadvantaged groups.

Does Intra-household Contagion Cause an Increase in Prescription Opioid Use?

Opioid use claims many thousands of lives each year. This article considers the diffusion of prescription opioid (PO) use within family households as one potential culprit of the proliferation of these medications. In an analysis of hundreds of millions of medical claims and almost 14 million opioid prescriptions in one state between 2010 and 2015, we show that the use of POs spreads within family households. We also show that the treatment effect of exposure to a family member’s PO use is driven by an increase in PO consumption for medical conditions that members of treated and untreated families experience at nearly identical rates. This pattern of results suggests household exposure causes an uptick in patient demand for prescription opioids. We use an instrumental variable estimation strategy to address the well-known challenges to estimating a causal effect of intra-household contagion, such as genotypic similarities among family members, assortative matching in partner selection, and clustering of health conditions within households. The results spotlight the salience of the most ubiquitous social structure, the family household, in accelerating opioid consumption to unprecedented levels. The findings also suggest that rather than direct social influence between physicians, the spread of prescription behavior in physician networks may be driven by shifts in patient demand that propagate through the patient sharing network.

Obscured Transparency? Compensation Benchmarking and the Biasing of Executive Pay

The disclosure of compensation peer groups is argued to provide shareholders with valuable information that can be used to scrutinize chief executive officer (CEO) compensation. However, research suggests that there are substantial incentives for executives and directors to bias the compensation peer group upward such that the CEO can extract additional rent. We leverage the idea that reciprocated peer nominations are unlikely to be biased to construct counterfactual peer groups that allow us to measure the bias of disclosed peer groups. Analyses of 11 years of comprehensive data on compensation peer groups demonstrate that the average firm uses an upwardly biased peer group. The size of the bias increases when incentives and opportunities to do so are more pronounced. Specifically, results show that bias is larger when financial targets are not met and when exercising discretion in the selection of peer firms is justifiable. More importantly, upward bias in compensation peer groups is highly predictive of an increase in CEO compensation, suggesting that there is a strong incentive for CEOs to strategically select peers. Finally, although average peer group bias has gone down in recent years, the predictive effect of bias on pay has gone up. These findings call into question the practical impact of recent efforts to introduce greater transparency into the process for determining executive compensation.

The Matthew Effect in Science Funding

A classic thesis is that scientific achievement exhibits a “Matthew effect”: Scientists who have previously been successful are more likely to succeed again, producing increasing distinction. We investigate to what extent the Matthew effect drives the allocation of research funds. To this end, we assembled a dataset containing all review scores and funding decisions of grant proposals submitted by recent PhDs in a €2 billion granting program. Analyses of review scores reveal that early funding success introduces a growing rift, with winners just above the funding threshold accumulating more than twice as much research funding (€180,000) during the following eight years as nonwinners just below it. We find no evidence that winners’ improved funding chances in subsequent competitions are due to achievements enabled by the preceding grant, which suggests that early funding itself is an asset for acquiring later funding. Surprisingly, however, the emergent funding gap is partly created by applicants, who, after failing to win one grant, apply for another grant less often.

Game Changer: The Topology of Creativity

This article examines the sociological factors that explain why some creative teams are able to produce game changers—cultural products that stand out as distinctive while also being critically recognized as outstanding. The authors build on work pointing to structural folding—the network property of a cohesive group whose membership overlaps with that of another cohesive group. They hypothesize that the effects of structural folding on game changing success are especially strong when overlapping groups are cognitively distant. Measuring social distance separately from cognitive distance and distinctiveness independently from critical acclaim, the authors test their hypothesis about structural folding and cognitive diversity by analyzing team reassembly for 12,422 video games and the career histories of 139,727 video game developers. When combined with cognitive distance, structural folding channels and mobilizes a productive tension of rules, roles, and codes that promotes successful innovation. In addition to serving as pipes and prisms, network ties are also the source of tools and tensions.